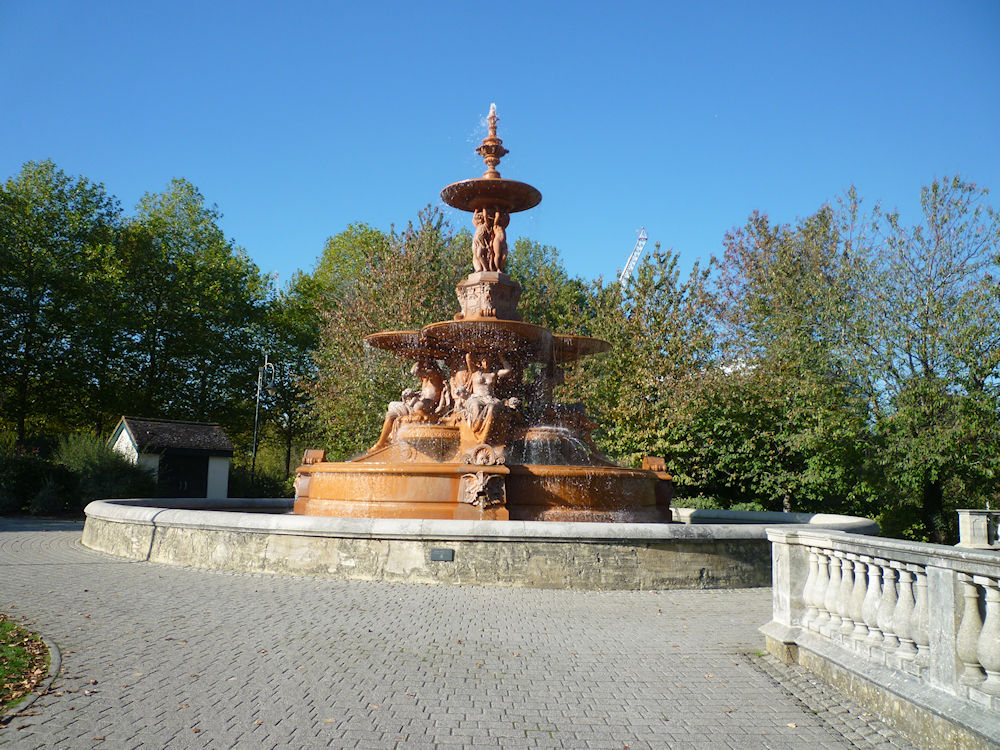 The Hubert Fountain was built by the French foundry of M. Barbezat and Co. at the Val d'Osne, Foundry, Haut Marne, for the 1862 International Exhibition in London. The Fountain was displayed in the gardens of the Royal Horticultural Society opposite a fountain cast another French foundry, that of Antoine Durenne which is now in the Princes Street Gardens in Edinburgh.

After the exhibition, the Hubert Fountain was bought by John Sawbridge-Erle-Drax and installed in the gardens of the family mansion, Olantigh Towers in Wye. The house was largely destroyed by fire in 1903. During the rebuilding George Harper, an antiquarian and art collector and Chairman of the Ashford Urban District Council, purchased the Fountain and offered to Council. Initially the Council refused the offer, baulking at the cost of installing it. Harper then agreed to meet the cost of dismantling, transport and re-erection.

The fountain included a water powered musical instrument. A condition of the gift of the Fountain was that the fountain was operated every year on his birthday, 23rd August.

The fountain was formally presented to the Town on 24 July 1912. George Harper was not present, his neice representing him.

On 13th August 1912, George Harper was found dead, struck by a train, on the Maidstone to Ashford Railway at the Warren.

The Fountain was completely restored in 1998 and further refurbishment undertaken in 2007.